I already had several strikes against me at a very young age. I believe that as a young child not being able to process or express the intense emotions that I felt, along with being in a chronic state of stress, left my body weak and vulnerable to attack.

I have no proof of this, but based on what I’ve learned over the past five years in my research, I believe this could be a possible scenario of how I ended up so sick.

I believe I contracted Lyme disease around the age of five. Even though the Lyme bacteria was identified in 1974 by Dr. William Bergdorferi, we would know nothing of it in the South for several decades.

Some of the first symptoms that I remember were that I couldn’t run around and play as much as other children. My face would turn beet red, and my mom would make me sit out for fear that I would get overheated.

I remember my grandmother making the remark that I had “tired blood”. I have no idea what she meant, but she observed that there was something wrong.

I struggled with being lethargic throughout childhood and my teenage years. I just thought as a teenager it was normal, or I was just lazy.

I went on to college and did well even making the Dean’s list and President’s list, but had to drop out after my junior year because the fatigue and the stress was overwhelming.

After seeing several doctors, I was told that I was depressed and given antidepressants which made me feel even worse.

I refused to take the antidepressants and thought I would just have to deal with it on my own. After taking a year off, I went back to school and finished my degree but struggled every step of the way.

After working a full eight hour day at my first job, I would drag myself home, make dinner, and collapse on the sofa. I just thought that’s what everyone did.

Even though, my roommates seem to have enough energy to go out and do fun things after work. I continued to do well in my job but struggled at home.

After the birth of my first child, the fatigue got much worse. Now, I had a newborn to take care of; although, I was barely limping along myself. My baby boy was the joy of my life, and his energy was contagious.

I had always only wanted to be a mother and was enjoying every minute even though it drained what little energy I had left.

I seemed to adjust to each new challenge even though life became harder and harder to manage. I landed a fantastic consulting job which required extensive travel. I managed to do the job for nine years before having to retire due to exhaustion.

I had my first crash in 2008. I remember going through a time of great personal stress and feeling something in my neck pop. The next day, I was unable to get out of bed.

I stayed bedbound for the next three months. Then, saw a doctor who put me on thyroid medication, and I seemed to somewhat recover.

I had another crash in 2009 which lasted for two months; but again, seemed to recover. I began working in marketing with a local company which gave me very flexible hours and reduced work week.

The crash of 2012 is what took me down permanently. I’m still working my way out of that one.

We found an integrative MD in another state after exhausting all of the traditional and integrative doctors locally.

We made monthly trips to get special IVs, handfuls of supplements, and giving vials and vials of blood.

We did this for over a year, and it really didn’t make a difference.

I was still basically bedbound and was not able to function on my own. I realized this doctor didn’t have the answers, but I didn’t know where to turn.

I started doing research on my own and trying to find my own path.

I would try a few things here and there that would help temporarily but nothing that made any long term difference.

My integrative MD had mentioned Lyme disease, but I had been tested three times and they all came back negative. I had already ruled out Lyme disease, but this doctor kept saying she thought that was my problem and explained that the tests were not very accurate.

She recommended that I find a Lyme specialist and get under their care. So, that’s exactly what I did. In 2015, we traveled many miles and paid many dollars to see a Lyme specialist who was wonderful. He used rife technology and brain scans to diagnose my Lyme disease.

He stated that I was in an advanced auto immune state of neurological Lyme along with other co-infections and pathogens.

I was thrilled to finally have a conclusive diagnosis and was excited to come back home and start the treatment plan. I just knew that my prayers had been answered, and I had found a solution to this nightmare.

After using the treatment plan for a few weeks, I became even more ill than I was before.

Everything seemed to be shutting down. I couldn’t even go to the bathroom. I couldn’t believe it! This was supposed to be my answer!

I was extremely disappointed and felt pretty hopeless. At that point, I didn’t really know where to turn, so I decided to listen to the still, small voice in my spirit.

That Voice has led me to several therapies that have helped to strengthen my body so that I was able to go back onto the treatment plan from the Lyme specialist.

Fast forward a couple of years… After wasting BIG bucks on a different popular Lyme specialist, I found out that I was living in a moldy home and that I had mold in my body.

I learned that mold was blocking my Lyme treatment, and that sent me on a whole new search for answers. So, after moving and going through multiple mold remediations, I finally started to make a little progress.

I have worked with some of the best doctors in the country, and they all contributed an important piece to the puzzle, but I realized a couple of years ago that if I was going to make a complete recovery, then I would have to be the one to do it myself.

I had improved enough to enroll in the Functional Diagnostic Nutrition Practitioner Certification, and started learning more about how to get the body back into balance, so that it could heal itself.

The FDN Practitioner Training Program opened up a whole new world of resources and information that I hadn’t run across before even though I scoured the internet for functional health information. It cleared up a lot of the confusion about what to do and in what order to do it. I started making real progress.

I know that everyone’s story is unique, and how we became ill may be very different. However, I know what it’s like to wake up with chronic pain, fatigue, and brain fog every single day.

I know the horror of the thought of being a burden on your family and society. I know what it’s like to want to die.

I am now functioning anywhere from 25% to 35% and still have limitations, but I’m able to use my training and experience to help others. Even though I’m not out running a 5K yet, I have made peace with my circumstances.

That doesn’t mean that I want to stay where I am, but as I am working my way out, I am able to take joy in the small things.

For example, it gives me great pleasure to sit out on my back porch and watch the clouds. Or watch the hummingbirds, or feel the sun on my face. I really enjoy watching my little kitty play. I’ve even come to enjoy watching other people live their lives.

I hope that by sharing some things that I have learned along the way that I can encourage others to find contentment and peace along their journey as well. I’d love to hear your story! How do you deal with your circumstances? Leave a comment below!

Also, we have a lively Facebook Community where we discuss the latest health information, recipes, safe personal care options and more. We’d love to have you! To protect your privacy, it’s a closed group, so just request to join here, and I’ll approve you asap!

Here are some more articles that you may enjoy!

Could Brain Retraining Be The Answer To Chronic Illness?

Surviving The Holidays With A Chronic Illness

How To Ask For Help When You Have A Chronic Illness

This site uses Akismet to reduce spam. Learn how your comment data is processed.

Mom, Health and Wellness Junkie, DIY Enthusiast, and Certified Functional Diagnostic Nutrition Practitioner. My world was turned upside down by a debilitating mystery illness years ago. I'm on a quest to completely recover my health. I'm here to help unravel the mystery of chronic illness and provide evidence-based, natural healing solutions while sharing cost-effective therapies and practical tips on how to manage chronic illness. I believe ANYONE can improve their health no matter how long they've been sick. Let's get to know each other and figure this out together! 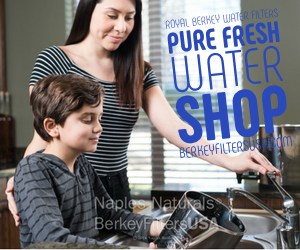